Barrett-Jackson’s Las Vegas auction just wrapped, and with it came over $49.1m in sales — and a new world-record price for a 1970 Plymouth Superbird.

The car, lot 734, was a numbers-matching original Tor Red Hemi car from the Lindley Collection. The car was fitted from new with a TorqueFlite 727 automatic and 8 3/4-inch rear axle with 3.55 gears. Options included power steering and brakes with front discs, max cooling, Hemi suspension, hood pins, graphics package, its original aero nose and its original wing. In terms of great Mopar muscle, this one had just about everything going for it except for a 4-speed manual — and it also had a Wise inspection report, an original build sheet, the original owner’s manual and more.

At the auction, it came down to two interested parties, and the one who eventually walked away with the car reportedly took the price from $1.1m to $1.5m in one bid. How’s that for determination?

It’s worth noting that this car had sold at auction prior — back in 2018, it crossed the block at a Vicari auction in New Orleans, where it hammered for $250k. It was said that the transmission, at least at the time, was a warranty replacement unit.

Now, we can argue that the 2018 price was light for a variety of reasons, but regardless, that sale and this sale are indicative of a shift in the muscle market that we’ve been tracking for some time already. In short, if you’ve been living under a rock for the past year, here’s the news: Muscle is hot. Particularly winged muscle with Hemi power. And the better the condition, equipment or history, the higher the price tends to be.

How do we know that? In January, Barrett-Jackson sold a very similar To Red 1970 Plymouth Superbird in Scottsdale — that one with 6,000 original miles — for $990k. There’s your starting benchmark for a car like this at a large, televised headlining auction such as Barrett-Jackson. As we pointed out in Linkage #006, the Scottsdale car was also sold at auction prior — before it came to Arizona for the 2022 sale, it had last sold for $330k in Scottsdale back in 2015.

That’s two eye-opening spreads of value on similar high-profile winged cars at public auction over a span of seven months.

While this Superbird price is indeed a world record, it’s not the only recent seven-figure Mopar price. At it’s massive Indy sale, Mecum sold a F8 Dark Green Metallic 1969 Dodge Hemi Charger Daytona — with its original engine, a factory 4-speed and the Super Track Pak — for $1,320,000. That car, lot F111, was said to be the most highly optioned Daytona known to exist, and was one of just 22 Hemi 4-speed cars produced in 1970.

The Daytona is a rarer beast than a Superbird — only 503 Daytonas were built in ’69 compared to 2,783 Superbirds in ’70, and while they look similar, the two cars actually have different noses and different wings, so it’s unfair to cast them in the same exact light. The Daytona was designed to go fast using a wind tunnel — the Superbird shared that DNA, but with a little bit of styling flair added on top.

But no matter how you look at it, the data points seem to be trending up, particularly since the $990k 1970 To Red Superbird sale at Barrett-Jackson Scottsdale this past January. Daytona differences aside, it’s about as apples-to-apples as comparisons get in the car world — but we still have to remember that each car is unique, and they all have quirks and bonuses that dictate value somewhat.

So what does this all mean for the market?

And don’t forget Gooding & Company’s 1963 Chevrolet Corvette Z06 — this one a Bloomington Gold Special Collection and Great Hall car — sold back in Amelia in March for $1,242,500, as covered in Linkage #007. And that’s just a start.

In short, the best examples are up in terms of interest, and that interest is still not showing any signs of slowing down. But I think the record-price Superbird’s large final bid increment in Vegas is an important factor here as well. It’s not just that great cars are selling for great money — it’s also that there’s a confidence in the market among certain buyers that we have not seen since before 2008. That confidence is trickling down through the market, as evidenced by the record prices that Mecum and Barrett-Jackson have seen at auction weekends throughout the year.

A prime Superbird of Daytona is a rare find, no doubt — and so too are the rare Corvettes that have sold for big money. But the news here isn’t really the fact that they’re selling for such high prices — the bigger news is that the market is seeing it happen over and over again. The Mopar super speedway leaders are just doing what they’ve always done: Standing out in a big way, and setting the pace.

My main takeaway is this: If you have a great Z/28, Trans Am Super Duty, Boss 429, Boss 302, Z16, SS 396, SS 454, Judge, 442 W-30 or similar that’s worn out its welcome in your garage, it might be a good time to sell. Or if you don’t want to sell, you might consider reevaluating your agreed-value insurance policy to match what’s going on in the marketplace, because as we’ve learned, the car market is changing with every auction that takes place. 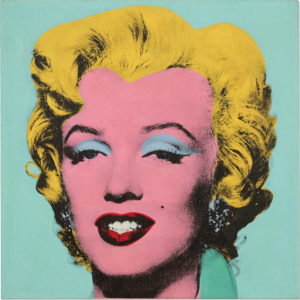