Have you heard that one before? I sure have. I hear it all the time.

In some ways, I can identify with the sentiment. Yeah, the world is changing. The ways in which young people interact with the world around them is always in flux. That change is nothing new.

Just this past month, in the midst of Christmas, my 11-year-old daughter Katie and I were driving somewhere in my truck and a Bing Crosby Christmas song came on the radio. Just after it, Elvis.

“What do you think Bing thought of Elvis?” I asked, genuinely curious. She whipped out her phone in the back seat and Googled it.

Ten seconds later, she had a direct quote: “He never contributed a damn thing to music,” Crosby said of Presley in 1975. “He was successful — hard to account for. Oh, he sings well enough, I suppose.”

“Wow,” she said. “He didn’t like Elvis very much. That doesn’t make any sense.”

That got me thinking. What did the Greatest Generation think of the Beatles? And what did Edwardian sentimentals do with the swing of Big Band music?

What did the original 14 AACA members think of 1950s fins? What would they have thought of Muscle?

All different questions, but the heart of the thought is the same in each case. Nostalgia is an extremely powerful actor in peoples’ lives. But if you look past that, there are other motivators to consider. To accept and welcome change is to also accept and welcome other uncomfortable truths about life. You can’t really blame my grandfather for disliking my dad’s taste in music.

But there comes a point where these divisions cease to matter.

Interest, at least in a broad sense, shifts over time. It’s not so much about the what as it is the how, though. Elvis and Bing are both now classic Christmas voices. It’s all music, appreciated in different ways. And you’re just as likely to see a ’59 Biarritz at an auction or show these days as you are a Pierce-Arrow. Or a Supra.

Did that last one rub you the wrong way? Maybe you think the Supra didn’t ever contribute a damn thing to car culture, style or performance.

Of course, if you think that, you’re wrong.

Here’s some news that can’t be argued: Just this week, WyoTech in Laramie, Wyoming announced that its $16m expansion and new 90,000-square foot facility is in desperate need of additional automotive instructors.

If you’re not familiar with WyoTech, it’s a school that teaches automotive repair and customization techniques. This is one of the places that trains America’s automotive workers, and it’s growing.

This is one of the key places where young people go to get serious about building careers out of their car interests. Chad Tyson, Linkage contributor, is one of their graduates.

“We’re thrilled to be able to offer more students the opportunity to pursue their dreams and learn the skills they need to be successful in the automotive, diesel and collision industries,” said Shawn Nunley, WyoTech’s Vice President of Training. “Now we’re looking for instructors dedicated to helping our students reach their full potential and are excited to be a part of the WyoTech team.”

This news comes just as McPherson College has announced a massive $500m gift, part of which will go to expanding its automotive restoration program.

Now, we can argue about the SEMA and dealer-style gearing of WyoTech versus the Pebble Beach-esque aims of programs such as those offered by McPherson, but that just gets back to Bing versus The King. Horses for courses — and at the end of the day, irrelevant to the fact that young people are a lot more active in the custom, classic and modern collector car world than they get credit for. The tune, it seems, may have just changed slightly. But it’s all music. It’s all art.

And one thing tends to lead to another.

If you’re a young person interested in the car industry, now might be the best time in history to get involved. The demand is clearly there, and now, so too is the support.

I’d like to think that the argument is now over, and that the proliferation of newer collector cars and younger people in both shows and auctions is proof positive of where the car world is headed.

But kids today, you know? 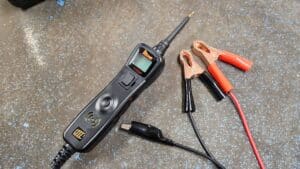 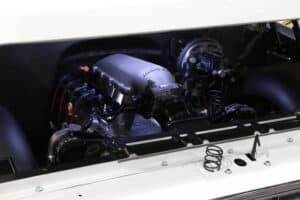 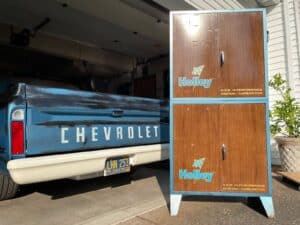