Mecum returns to Harrisburg, PA for four days of auction action from July 27-30 at the Pennsylvania Farm Show Complex. The event is shaping up to be massive with 1,200 cars set to cross the block in addition to plenty of Mecum Road Art items being sold prior to the vehicle auction each day. Mecum is known for bringing some of the best muscle and pony cars to the market and that remains true for the offerings in Harrisburg.

Mopar fans will want to check out the 1970 Plymouth GTX with a matching-numbers 440 Six-Pack V8 under the hood and a 1970 Plymouth AAR Cuda, both from the Dan the Oil Man Collection. The GTX is finished in Deep Burnt Orange Metallic with a rare Gator-grain vinyl top and features a sought-after four-speed manual transmission. The AAR Cuda — one of 1,120 built — also features a four-speed manual and is powered by a number matching 340 Six-Pack engine.

On the FoMoCo front, Mecum is offering some stunning Mustangs: a 1968 Shelby GT500 fastback and two 1969 Ford Mustang Mach 1 fastbacks (lot S56 and lot F88.1). Sporting a red exterior, the GT500 features a 428-ci engine backed by a C6 automatic and is listed in the Shelby Registry. Lot S56 is an R-code Mach 1 with Drag Pack and features its original 428 Supra Cobra Jet Engine mated to a four-speed transmission. The Black Jade Beauty is sold with a Marti Report and reproduction window sticker.

Lot F88.1 also retains its original R-code 428 Super Cobra Jet engine, though it is mated to a C6 auto. A rare Double R example, the Mach 1 was originally a Ford Sales Promotional Vehicle delivered to the Ford Phoenix district sales office in ’69. The Mustang has received a rotisserie restoration and is sold with a Deluxe Marti Report.

The yellow Yenko and COPO have also been restored and both come with a COPO Connection certificate. Each is powered by a 427/425 L72 with the Yenko featuring a rare automatic transmission, while the driver of the COPO will have to row through the gears of a four-speed manual. 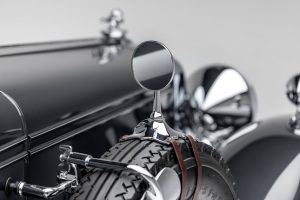 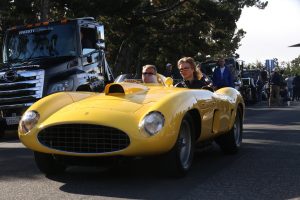