Henry Ford dreamed of a nation that “ran on gasoline instead of oats.”

Ford thought racing was the key to growth, so in 1901, he arranged a race with Alexander Winton, a Scottish–American bicycle automobile and diesel engine designer. Ford’s machine didn’t have the horsepower of Winton, but he managed to keep up until Winton’s engine failed. Ford took a blistering 44.8 mph win, and that win catalyzed Ford’s intentions and set him on a path of market domination.

The show has been running since 1986 at Knott’s Berry Farm. Beginning last year, it moved to its new home Irwindale Speedway in Irwindale, California — the same place I got my start in drag racing, shooting for Hot Rod and Car Craft magazines back in the ‘70s.

Nearly 600 Mustangs blanketed the Irwindale parking lot, with 42 Broncos and 21 Cougars flanking the rest of the field. The highlight for me was 12 Shelby Cobras in formation adjacent to the eighth-mile drag strip.

The first Ford Mustang Prototype, Mustang I, was also on hand. That car made its debut in October 1962 at the U.S. Grand Prix at Watkins Glen, driven by Dan Gurney in a demonstration drive at speeds in excess of 100 mph.

Steve Saleen, Linda Vaughan and Cleo Shelby were on site, signing autographs and chatting with enthusiasts.

Peter Agular showed his 2016 Hot Wheels Mustang GT Custom. “I didn’t have much when I was a kid,” said Agular, “but Hot Wheels was always a good staple in my life and a toy my mother would get me when I was younger. Now, that I’m older and have a little extra funds, I try to give back by buying Hot Wheels myself and giving them away at shows to the kids.

‘The cars are just something to give back to the children that want to build something of their own and get their foot in the door and get them started and hopefully inspire the next generation.”

The Johna Pepper Trophy to the “Best Car” (named for show founder) honored Mark Rice’s superb 1958 Ford Fairlane 500 2 door hardtop. “I’m a Ford man,” said Rice. “My first car was a Ford Fairlane 500 that my dad bought for me for $35 because he needed a set of tires for my mom’s car.

“I like all the advances they made in ’58, like the big block, cruise-a-matic 3-speed transmission, etc. It loves to get out as its got really long legs, and with the 300-hp FE motor, there’s plenty of power down the road.”

The Bill Stroppe Trophy for “Best Truck” went to Norm Mendoza’s spectacular 1968 Ford Bronco finished in a striking Turquoise. “I’ve had the Bronco for about 10 years and did most of the work myself with the family,” Said Mendoza. “Our grandfather had a Bronco and my dad got one so there’s always been a Bronco in our family. We love working on Broncos and did most of the work in our front yard.

“We’ve been coming here for years and love to show the car and see all our buddies share stories and even share parts sometimes.”

Learn more about this year’s event — and info about next year’s event when it becomes available, at www.fabulousfordsforever.com 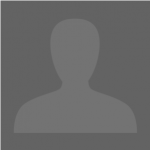 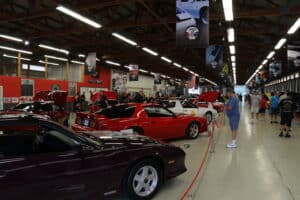 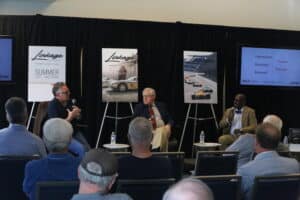