Adam Taft’s love for cars and interest in business crossed at a pivotal time — right as the market for Japanese import cars took off in the mid-1990s. His companies — Alta Sports and Perrin Performance — have contributed to that wave, manufacturing and selling aftermarket parts for sport compact cars as that market has grown and evolved.

Today, Perrin Performance is one of the top suppliers of performance products for modern Subarus, Hondas and more — and Taft’s own personal car collection reflects the interests of a demographic that’s increasingly flexing its influence in the car world. He’s Linkage #002’s Collector Spotlight.

You’ve been in the modern performance car scene since the mid-1990s. How did you get into cars? What was the first “collector” car you bought?

I vividly recall my mom buying me a Hot Wheels car when I was three or four. I was so excited that I had to scream out to the older neighbor boy that I got one — loud enough that my mom scolded me for being so elated. My father got the same level of excitement when he came home from work.

My father was a bit of a car person in his younger years, too. He always had some car that he was working on, and while nothing he had was very exotic or rare, it was always fun to help him wrench or polish on them. That ignited a fire in me.

I bought my first car at 14. By the time I was 16, I had a least two cars at any time. When I turned 20, I moved into a house with a two-car garage and a nice parking pad, so my collection grew to three or four at any time. I was buying and selling to quench the thirst of getting to drive a lot of cars.

I didn’t keep my first collector car very long. I wasn’t able to really collect based on budget and still had to rotate through. It was a 1999 Acura NSX Zanardi Edition.

What do you have in your collection today, and what drives what you choose?

Where did you find such a low-miles Type R? Do the older JDM cars rotate in and out of the collection as well, or are they permanent?

I was looking for a 20k-50k-mile 1998 ITR. Something in the “driver-plus” condition range. After only a month or so, I ended up on Honda-Tech.com’s marketplace. A Honda employee had just listed a near-mint 1997 ITR with 700 miles. At the time the price seemed high, but I debated for a bit and decided to go for it — even though it was nicer than what I wanted.

The seller got the car from an internal lottery of sorts at Honda Corp. in Ohio. I believe it was based on job performance or similar, and that got you an entry into this lottery — if you won the lottery, you had the opportunity to buy the car.

The car looked showroom-new. I’ve made two minor changes (swapped some JDM Red Recaros and some Rep wheels with performance rubber to allow me to actually drive the car — the OEM stuff is in hibernation) then fully serviced it due to age. I’ve added 400 miles, and I smile every time I hit that key.

I am still looking for a 1998-01 ITR that meets the original requirements. If I find one, this car could find a new home with a collector, as I want a driver and it’s nearly criminal to put miles on a museum piece.

How has the performance parts market changed since you started ALTA Sports in 1996? Your collection has changed, too — is there a correlation between the parts business at ALTA and Perrin and what’s in your collection?

It has changed a lot. I started by selling accessories and performance parts, nearly exclusively for Honda and Acura. That branched into other tuner-type cars — Nissan, Toyota, VW, Subaru, etc. The focus was always JDM cars.

The market has shifted from mostly cosmetic items and some performance, to mostly performance with some cosmetic, and then back again. We also went from selling other brands to now making our own.

Sometimes my collection changed based on budget. This has allowed more-expensive cars to come and go, but I appreciate all cars and trucks. I have been fortunate to play in the exotic car world since about 2006, but I always have mainstream cars too. Many of the cars have an emotional significance — Honda, Acura and Subaru will always have a place in my heart because they are integral to where my company is today. Plus, they all drive really well. They’re so much fun to flog.

Why nothing older than 1990 here? What is the oldest car you’ve owned? You mention chasing the experience — what is special to you about experiences from the more modern-era?

Why I don’t have anything older than that now? It’s partially just a fluke. I have been searching for a few years for the right patina Squarebody truck and it hasn’t happened yet, but it will.

Generally, the biggest reason I’ve walked away from the older cars is because they simply don’t drive that well.

I’ve driven cars from the ’40s through current, and I feel like there’s a market shift in driving fun, feel and engagement that starts at about 1985 with cars such as the Toyota MR2, Volkswagen MkII 16v GTI, Honda Civic Si and others. That’s the point when automotive technology, especially suspension and steering, had evolved to a no-nonsense level of performance and usability — you can enjoy these cars, explore their performance and still expect them to stop, turn and go when asked.

As you get into the mid to late ’90s, and especially the early 2000s, cars are great. At least for my generation, that may be the sweet spot.

Collector cars come and go — Is there anything you regret selling now? What’s next on your list of must-haves?

There are a ton of cars that I regret selling, mostly because of how market values changed after I sold, or because now I can’t find similar examples. The Zanardi NSX is one that I regret, but I couldn’t afford it and anything else at that time. But I really regret selling each of the manual trans Lamborghinis I’ve had. I even owned one of them twice. I feel really foolish for selling it the second time.

Another semi-recent one was a 1999 Acura NSX with 1k one-owner miles. I rescued it from a divorce nightmare in Seattle years ago. I did a major service, drove it for 2k more miles and sold it for a profit. Today that car is worth nearly three times what I sold it for five years ago. Talk about stupid.

I have a list of cars I’m looking for, and manual exotics are right at the top. One elusive car is a 1992-95 Civic Si hatchback. I’ve been looking for a good one for over 10 years.

You’ve been knee-deep in the import performance world long enough to see it evolve. Considering that, what do you see as the future of the collector market? Is the Integra or the Civic the next Road Runner? Is the Evo or WRX the next Chevelle? A Mk IV Supra the next Hemi ’Cuda?

We have at least 20 more years of the value run up and hold before we will see a taper like we’re seeing with original muscle cars.

What do you think is going to happen to 1960s American muscle over the next decade or so compared with the cars of the ’90s and ’00s? Are we in for a serious shift in interest, and why?

Values and collectability seem to be generational. Look at ’50s Tri-Five Chevys, early muscle cars, etc. While values have risen for decades, they have now leveled.

There has been a move to Resto-mods, and the younger generation loves them because they can drive nicely and have a classic look. But the 100-point restored muscle trailer queens just don’t speak to younger generations the same way, and as such, I think they will continue to level and fall in price and demand.

The JDM and Euro ’90s muscle cars are all on the rise now. By-in-large, the generation that loves them isn’t as interested in Brass Era cars, slab-sided domestics, and muscle cars of the ’60s because they simply don’t relate to them.

The cars we wanted in high school and college that we couldn’t afford, we now will pay up to buy.

Until this generation of buyers starts collecting Social Security checks, I don’t see value or demand tapering. It won’t for me. 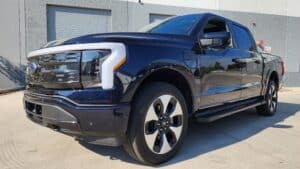